The boundary layer is the zone surrounding the aerodynamic surface.

Thus, by changing the shape of the boundary layer, an aerodynamically superior flow [less drag] is induced.

BLVI takes this concept to the next generation. Here, the boundary layer is manipulated to induce a vortex, which swirls and "jets" the air in a favorable direction. Inducing the flow may be a micro drag element, however the vortex has a macro effect by channeling the air around the structure. This dramatically reduces the envelope drag of the boundary layer and athlete. BLVI technology is the core competency of Falcon Pursuit and specific techniques are trade secret and intellectually proprietary. 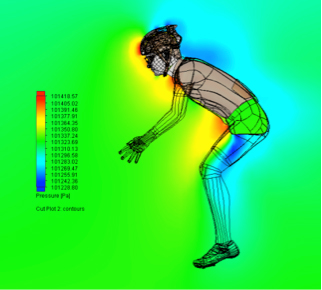 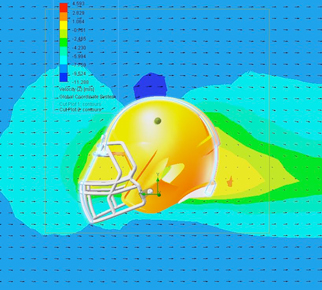